Venetian glass making during the centuries

During the Middle Ages, Venice was a major center of trade and commerce, and the city's merchants used a variety of currencies to conduct their business. One of the most commonly used forms of currency in Venice was glass beads, known as "Millefiori" beads.

These beads were made using a complex and labor-intensive process, involving the melting and stretching of different colors of glass into thin strands. The strands were then cut into small sections, which were arranged into intricate patterns and fused together to create the finished beads.

The Millefiori beads were highly prized for their beauty and craftsmanship, and were used as a form of payment in Venice and other parts of Europe. They were often used in trade with other countries, and were considered to be a valuable and reliable form of currency.

During the Renaissance, Venice had turned into the hub of glassmaking, with many skilled glass blowers creating intricate and delicate objects. The glass blowers of Venice used traditional techniques that had been passed down from generation to generation. They would gather at their workshops, located near the banks of the Grand Canal, and heat up the furnace to melt down silica and other raw materials to create the molten glass. Using a variety of tools, they would shape and mold the glass into intricate and delicate forms. However, the glass blowers of Venice guarded their techniques closely, and there was intense competition between the different workshops.

One of the biggest secrets of the Venetian glass blowers was their use of a special ingredient known as "lattimo," or white glass. This ingredient gave their glass a unique milky appearance, and was highly prized by collectors. However, the recipe for lattimo was closely guarded, and was only known by a select few glass blowers.

Another closely guarded secret was the technique for creating Murano glass, which was known for its rich colors and intricate designs. The Murano glass blowers used a special furnace and a complex series of techniques to create their beautiful objects, and the secrets of Murano glassmaking were jealously guarded by the glass blowers. 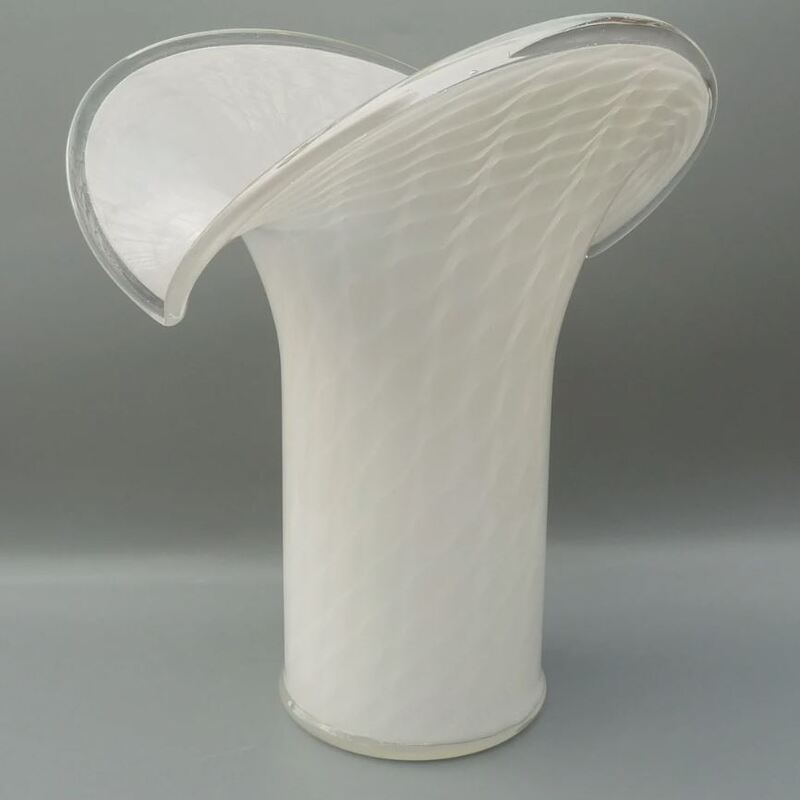 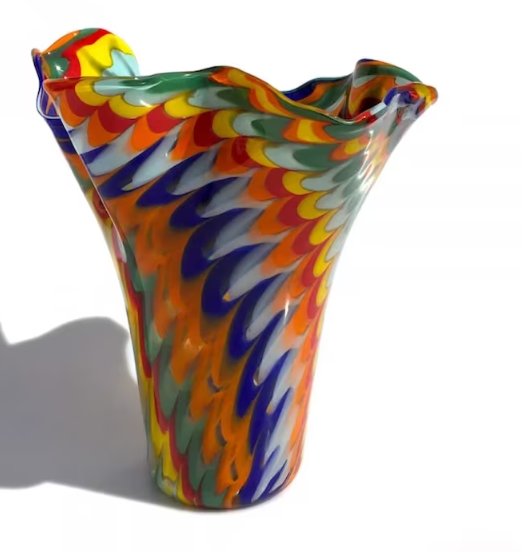 ​The competition between the different glass blowers was fierce, and many workshops employed spies to steal secrets and techniques from their rivals. However, despite the competition, the glass blowers of Venice continued to create stunning works of art, and their legacy lives on to this day.The first glass blowers on the island of Murano, Italy, were said to have arrived in the 7th century, drawn by the island's abundance of sand and wood needed to fuel the fires needed to heat the glass. By the 12th century, Murano had become the center of the Venetian glass industry, and glass blowers from all over the Mediterranean were drawn to the island to learn their craft.

The Venetian government soon realized the potential of the glass industry and took steps to protect it by passing a law that all glass production must take place on Murano to prevent secrets from being shared with other glassmakers. This law was strictly enforced and glassmakers were not allowed to leave the island.

The glassmakers developed many new techniques, such as the use of a "lamp," a blowpipe tipped with a metal tube that allowed the glassmaker to work with molten glass at a distance. They also developed the millefiori technique, which allowed them to make intricate and colourful patterns in the glass.
The glassmakers of Murano soon gained a reputation for creating beautiful and unique works of art. In the 16th century, the Venetian government granted the Murano Glassmakers a monopoly on glass production, ensuring that the island’s glassmakers remained the most skilled in the world.
​
In the 19th century the popularity of Murano glass reached its peak, and the glassmakers’ work was sought after by royalty and the wealthy around the world. The island’s glassmakers continued to innovate and develop new techniques, such as the lampworking technique, which allowed them to create even more intricate and beautiful works of art.
​
Today, Murano glass is still prized for its beauty and quality, and the island continues to attract visitors from around the world who come to witness the skill of the glassmakers and their works of art. 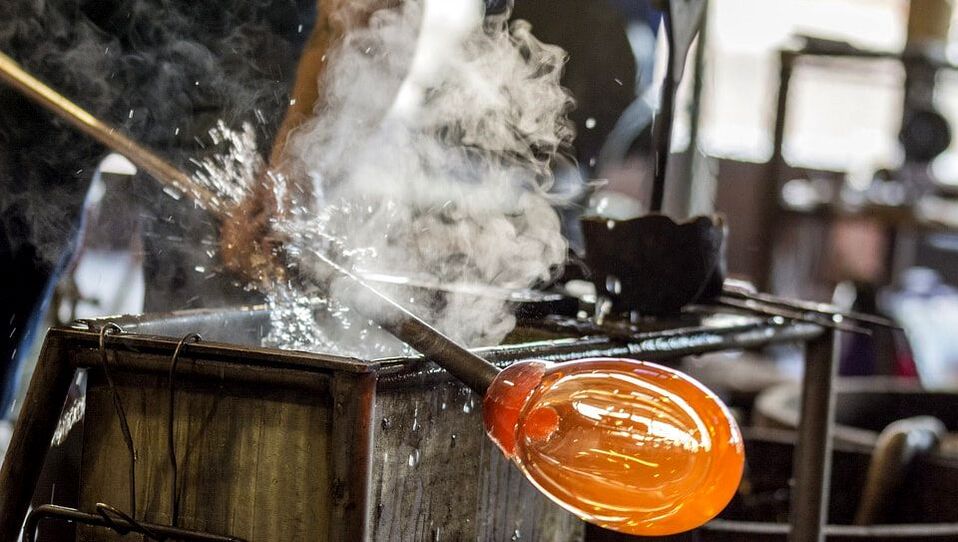 The Master and his apprentices

During the Renaissance, the master-apprentice relationship played a crucial role in the glass blowing workshops of Venice. The apprentices would typically begin their training at a young age, and would spend many years learning the techniques and secrets of the trade from their masters.

The master-apprentice relationship was a key part of the glass blowing tradition in Venice. The masters were responsible for passing down their knowledge and skills to the next generation, and the apprentices were expected to show respect and loyalty to their masters. In return, the masters would provide guidance and support to their apprentices, helping them to develop their skills and become master glass blowers in their own right.

The master-apprentice relationship was not without its challenges, however. The competition between the different glass blowing workshops was fierce, and many apprentices would try to steal secrets and techniques from their masters in order to gain an advantage. Despite these challenges, the master-apprentice relationship played a crucial role in the development of the glass blowing tradition in Venice, and remains an important part of the art to this day. 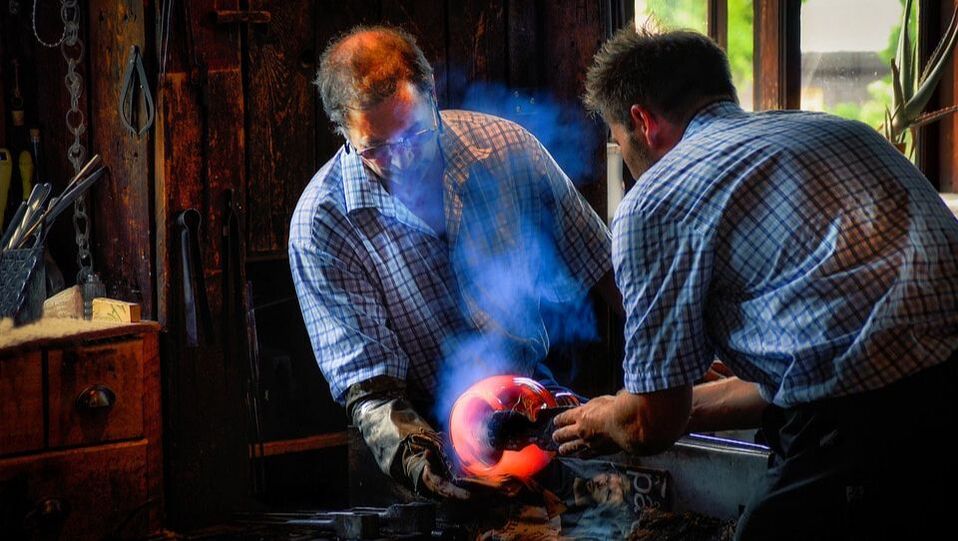 Although glass blowing was traditionally a male-dominated field, there were a few female glass masters in Venice during the Renaissance. The only woman who was ever given permission to lead her own furnace was Marietta Barovier, in 15th Century Venice. She was born into a family of glass blowers, and grew up learning the traditional techniques of the trade from her father and grandfather.

Despite the challenges she faced as a woman in a male-dominated industry, Marietta continued to create stunning works of art. She became known as one of the greatest glass masters in Venice, and her legacy lives on to this day. She was known for her innovative designs and use of color, and her work was highly prized by collectors and patrons. She created her very own glass design – the perla a rosetta – which is still produced today.
Nowadays there are still not many women in glass blowing. Vetraie Ribelli is Murano's first female-owned glass furnace. Owners Chiara Lee Taiarol and Mariana Oliboni create beautiful decorative objects. You can see them at work through their Facebook page. 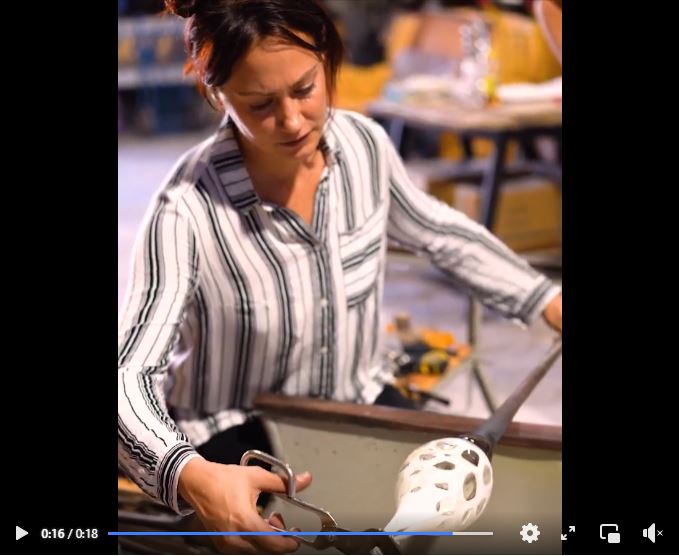 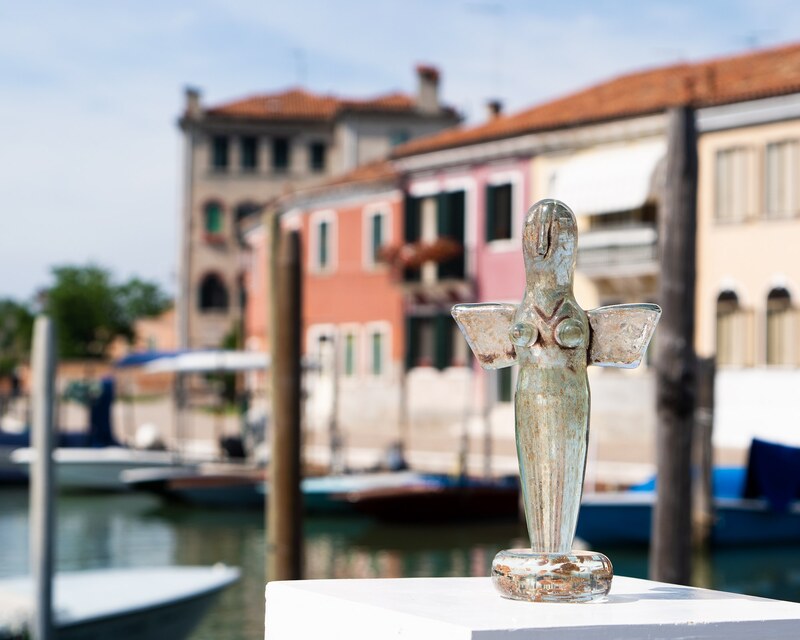 Contemporary Venetian glass art continues the tradition, with many artists and artisans creating beautiful glass objects using traditional techniques. These techniques have been passed down from generation to generation, and include the use of a furnace to melt down silica and other raw materials to create the molten glass, as well as a variety of tools to shape and mold the glass into various forms.

Murano glass masters are known for their  innovations and creativity. In addition to traditional glass-making techniques, contemporary  glass-blowers incorporate modern technologies, such as computer-aided design and 3D printing. This allows artists to create even more complex and intricate designs, pushing the boundaries of what is possible with glass.

Overall, contemporary Venetian glass art is a vibrant and dynamic field, with many talented artists and artisans continuing the rich tradition of glass-making in Venice.

Where can I learn more on the history of Murano Glass?

The Murano Glass Museum shows artefacts from the 14th century until now. It is a must-see when you visit Murano.
Guided trips to Murano